Our Kickstarter campaign has ended, unfortunately we did not reach our crowdfunding goal. On the other hand the demo/prologue has been downloaded more than 84.000 times! Our community has grown a lot and we have received great reviews and feedback from our players.

All of this has convinced us to continue with the development of Unsung Warriors part-time. This will be the full game (called Unsung Warriors, so without "Prologue") and it will get it's own store page. We'll aim for an Early Access release on itch.io and Steam somewhere late 2019 or 2020.

Many of you have already visited the demo's Shrine in the West, and are aware that the Kickstarter campaign affected the demo in real time. Now that the outcome of our campaign has been decided, the final state of the shrine has been activated. We'd like to leave this picture of all the NPC's here, to commemorate the hopeful times that once were in the world of Unsung Warriors. 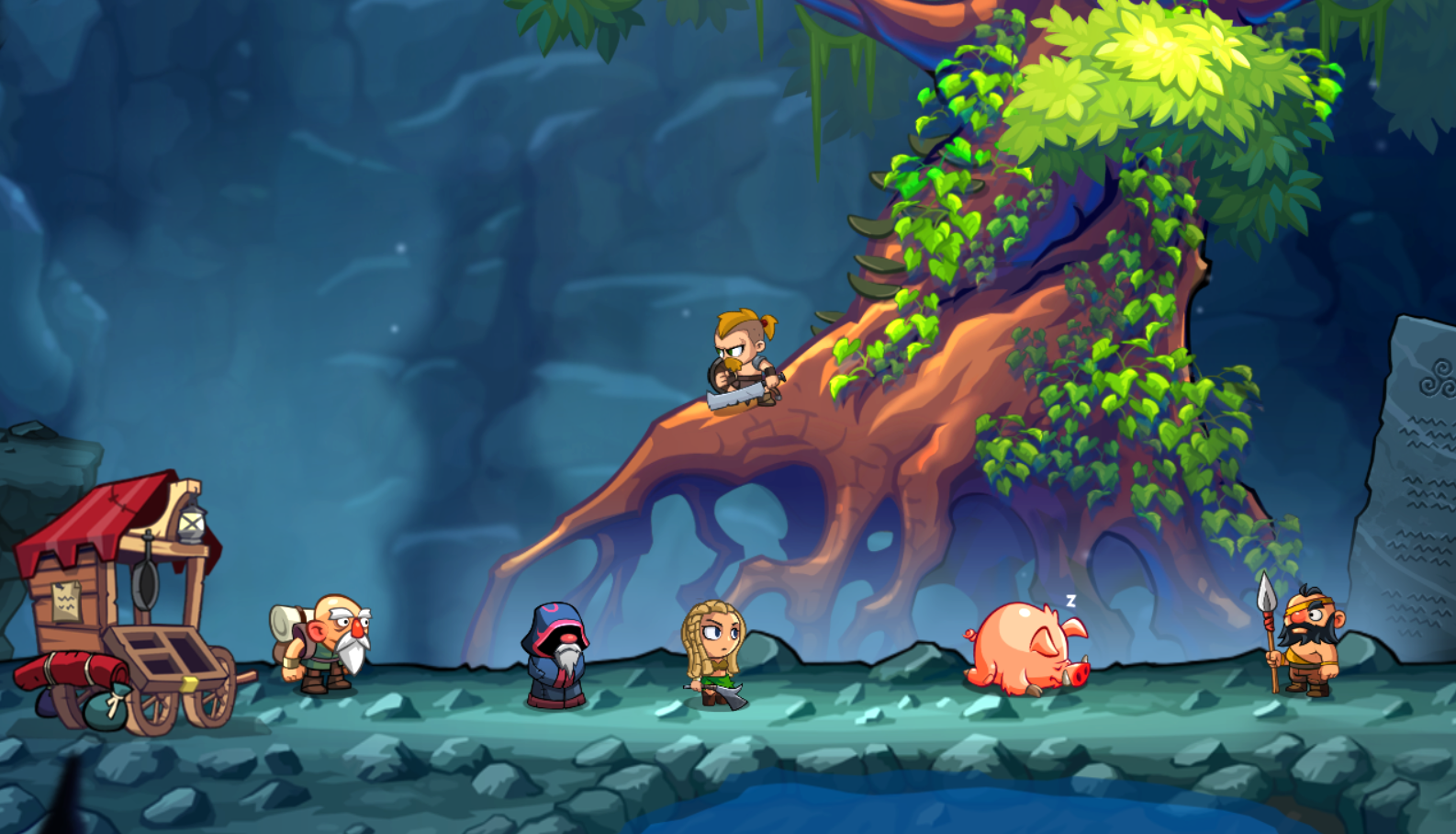 According to the Prophecy, the Unsung Warriors were supposed to save the lands from an imminent doom. Now that their rise has been denounced, the world will descend slowly into chaos. So if the Warriors are ever to rise against all odds, then that will make them truly earn the title of 'Unsung'.

For now however, things are looking grim. A long time NPC has fallen under the weight of the burden he carried. Visit the shrine to see what happened (warning: it might be shocking).

Staying up to date

Want to receive a notification when the full game releases? You can sign up for our newsletter, follow us on Twitter or join our Discord. If you just want to get notified if the game goes for sale or crowfunding again, we've made a special mailing list for that. We won't use this email list for any other purposes.

We hope you join us in this exciting adventure!

I'm sorry the Kickstarter wasn't fully funded, I was expecting it to do very well but I'm glad that you're thinking positive about it and I can't wait to play the final game! Good luck!